So, I needed some time to recover from NYCC. I had SO much fun! There are like, a million pics I’m gonna share with y’all this week, but the organizer in me says I have to make it make some sense. So, since I normally do nail posts on Tuesdays, here’s a round up of all three looks I did.

Days One and Two: Gilded Fishnet 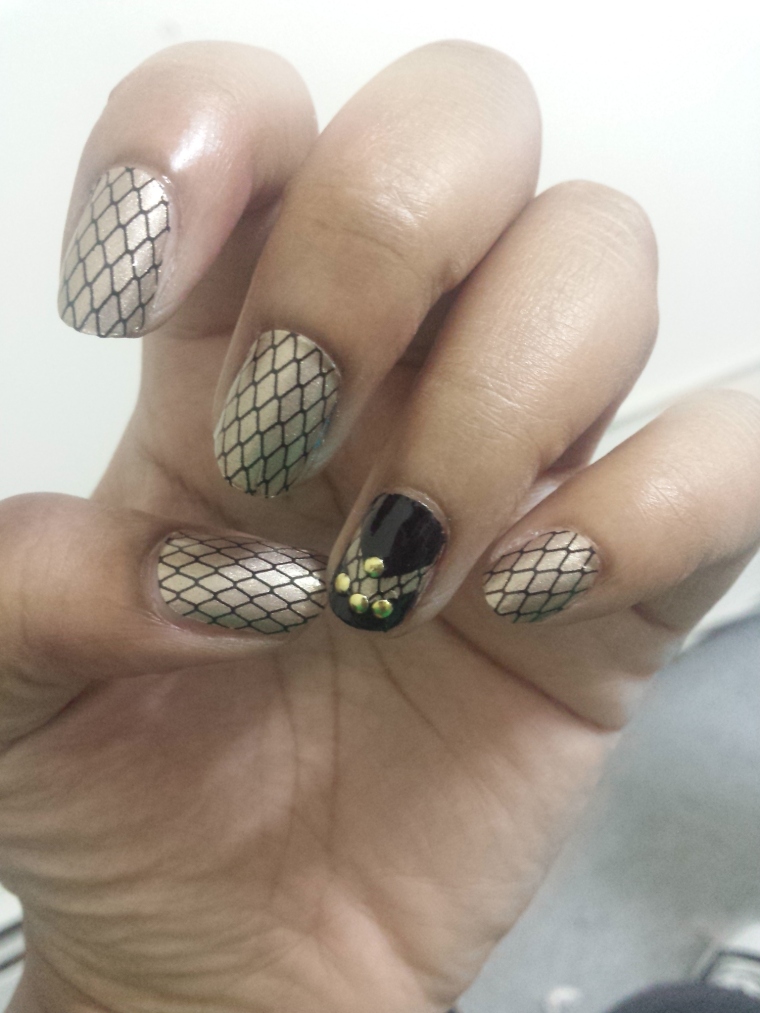 Thursday I did a Catwoman themed outfit (tee, cat ears, leather skirt, leggings, and boots.) Friday it was Green Lantern (tee, leggings, denim shorts, sneakers). I thought the gold and black would be perfect to compliment those two themes. Random aside: if you have a good dollar store by you (Jack’s is the best here in NYC), you can find some good stuff. Those nail decals above? Sally Hansen, and I paid $1.99 instead of $11.99. Winning!

Day Three: Riddle Me This 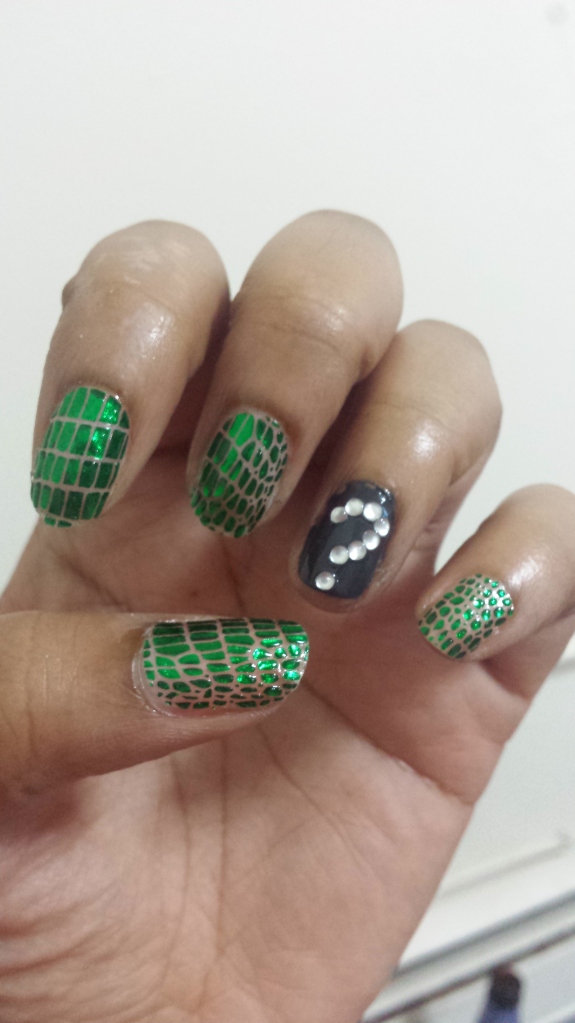 So, my showpiece costume on Saturday was the Riddler, and I thought it would be fun to play with texture. These nail stickers are from L’Oreal and they…were not the best. 😦 By the end of the day I was picking them off of my nails. But they looked great for a couple of hours. You’ll get shots of the costume later this week. Considering how close to the wire I cut it, it turned out pretty good!

Day Four: A Little Captain In Me 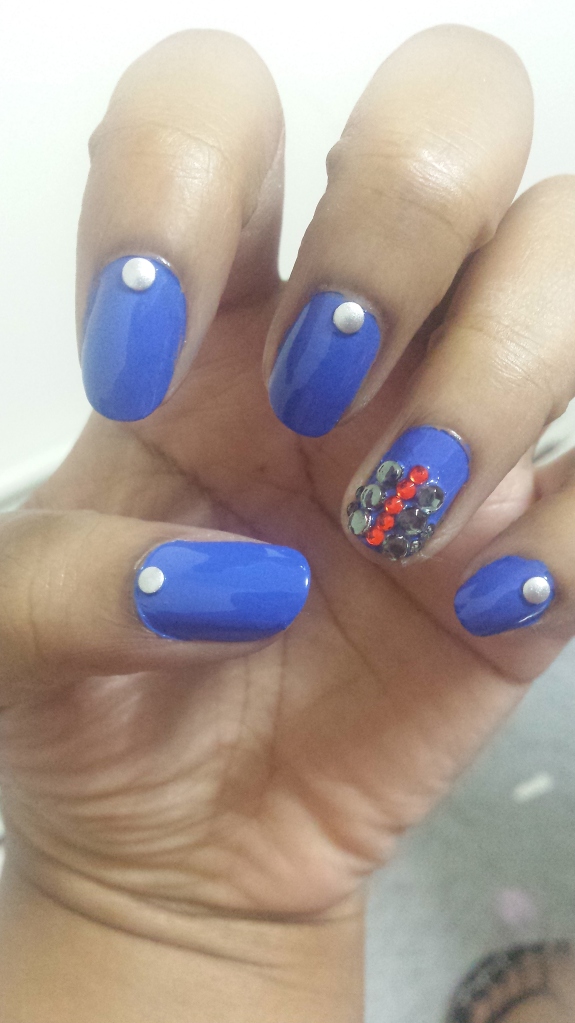 The name to this manicure comes from my friend C, who asked that when she saw my fingers Sunday morning. 😀 Now, of course this is my favorite because blue, but it turned out better than I thought. The blue is Revlon’s Wild Card. After a day of work, I’ve knocked half of the rhinestones off. It was fabulous while it lasted!

Now, I’m off to edit some pics. Tomorrow’s post will be all about the makeup I sported. See you then!